Wellsite Geologists Inc. (WGI, the Company) was incorporated in 1988. The company was founded in response to demand for consistent, superior quality reporting delivered by geological consultants. WGI has a reputation for detailed daily and end well graphics and composite striplogs. Composite striplog presentations, which include all pertinent geophysical log curves on one page, are standard presentation. Digital photography of potential zones is standard fare and graphic well path presentations are included on all directional or horizontal wells.

The president, Dennis Labrecque, has been with the Company since its inception over 25 years ago providing service consistency and extensive experience. 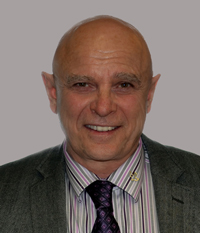 Dennis attended the University of Alberta until 1975 when he was introduced to wellsite geology by one of his professors, Dr. Gordon Williams (former President of APEGA). Because of having a previous employment background on drilling rigs, he was hired right out of University and taught to do both, the Engineering and Geological wellsite supervision. Dennis maintained his First and Second Line Drilling Supervisor’s Well Control Certificates until 2000. To date, he has supervised over 450 recorded wells including 135 horizontals, 25 deviated, and 18 underbalanced wells. Dennis is the founder of Wellsite Geologists Inc. (WGI) as well as the developer of the leading edge presentations, composite Striplogs, and very detailed Well Profile graphics the Company specializes in. He has trained upwards of 70 wellsite geologists. WGI peaked out at 25 continuously working wellsiters with an inventory of 35+ consultants and for a period in time, became the second largest consulting firm of its kind in Canada.